Even to this day, Atlanta, Georgia is a hotbed for professional wrestling.  It all started back in 1944, Paul Jones, a main event wrestler in Los Angeles and Texas, moved to Georgia, purchased a wrestling company and created the A.B.C. booking office, which was housed on 76 Houston Street in Atlanta.  This purchase became influential in the town and growth of the sport in the area.

The company saw great success promoting shows at the Atlanta Municipal Auditorium and by the time the 1950s rolled around, a fellow wrestler Don McIntyre, picked up shares in the A.B.C. along with Fred Ward. For more than 30 years, Ward ran weekly events for Marietta, Columbus, Macon and across the south of Georgia state, so Ward would be a great asset to the A.B.C. 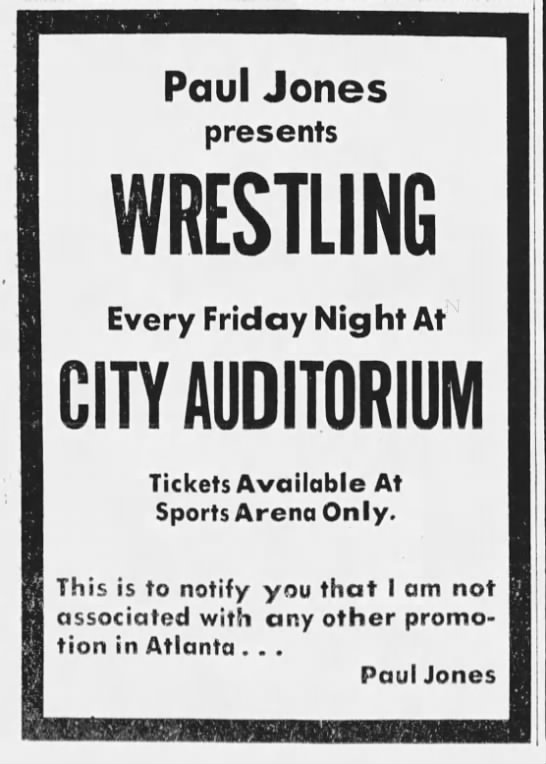 Wrestling’s popularity rose due to the introduction of the television set and wrestling matches began airing on channel 11 WLWA-TV out of Atlanta. Stars like Freddie Blassie, Buddy Fuller and Herb Welch were being beamed across the city and ticket sales rose.  In the middle of the 1950’s the A.B.C. pulled away from the National Wrestling Alliance after the Lou Thesz-Edouard Carpentier scandal but were back in the fold by 1962 and then-champion Thesz would sell out buildings with his title defenses.

By the next decade, Ed Capral hosted Live Atlanta Wrestling program which was taped in the WAII-11 Studios and the show was syndicated out to Augusta and Savannah, Georgia and the extra exposure helped frequently sellouts at the weekly shows held inside the Auditorium. A vast amount of talent flocked to the area from Gorgeous George, Dick the Bruiser, Haystacks Calhoun, Eddie Graham, Sputnik Munroe to a young Nick Bockwinkel. Tag teams made good money in Georgia too and this attracted teams like Gene and Lars Anderson, The Masked Infernos, Grizzly Smith and Luke Brown to the events.

However, in a territory infused with talent, one man stood tall against the rest – Ray Gunkel.  Gunkel became an A.B.C. shareholder by 1958 after Jones and McIntyre sold up.  Gunkel sadly passed away on 1st August 1972 after suffering a heart attack shortly after a bout with Ox Baker – he was only 48 years old.  After losing one of its most important members, the remaining A.B.C. contingent met to discuss the future. The participants were Jones, Ward, Lester Welch (who had recently acquired shares) and Gunkel’s widow Ann.

Ann Gunkel was a former model and was quite the businesswoman who had gained great wealth from the hotel business in the 1960s. After she and Welch clashed on the future of the company, Jones, Ward and Welch combined and offered Ann a sum of money to buy out Ray’s share. She was insulted by this refused and decided to branch out on her own and created Gunkel Enterprises Inc. 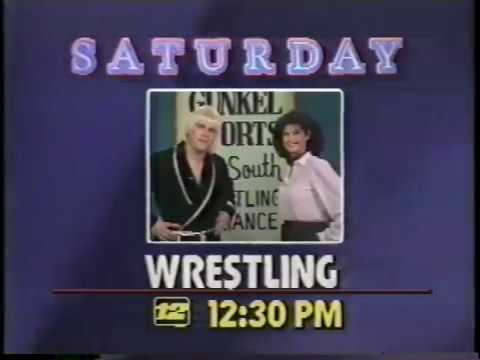 Tommy Rich and Ann Gunkle on a TV commerical for Ann’s TV show.

She gained TV time after discussions with WTCG channel owner Ted Turner. Turner had already allocated an hour of time to Georgia Championship Wrestling and handed Ann the second hour. All South Wrestling Alliance was born and the majority of the roster, due to the loyalty to her late husband Ray, joined Ann’s promotion, leaving Jones and Welch with virtually no-one. The wrestling war in Atlanta had begun and on 24th November 1972, Ann promoted her first show with Ox Baker and Argentina Apollo headlining.

Lester Welch along with brother Roy created Mid-South Sports Inc. and ended up selling a percentage of the business to Jerry Jarrett and Bill Watts. The National Wrestling Alliance were furious that one of their affiliates had been raided and they sent their very best talent to Mid-South to compete in the war.  Bobo Brazil and The Sheik arrived from Detroit, the Fuller Brothers, Buddy, Ron and Robert came in from Tennessee and Eddie Graham, Jack Brisco, Hiro Matsuda and NWA World Champion Dory Funk Jr. came in from Florida. Florida commentator Gordon Solie became the new announcer. Watts was installed as the new head booker but Gunkel’s All-South Wrestling excelled in the area with the more familiar talent at her disposal.

The NWA recruited a man that was promoting successfully over in Australia for a company called World Championship Wrestling, Jim Barnett.  Barnett had been selling out houses and promoting NWA World title matches and was revelled for his business practices, contacts and political distinction. Barnett was appointed the executive secretary by Sam Muchnick and paid $268,000 to buy out the Welch’s 38% share of Mid-South and renamed the company Georgia Championship Wrestling. 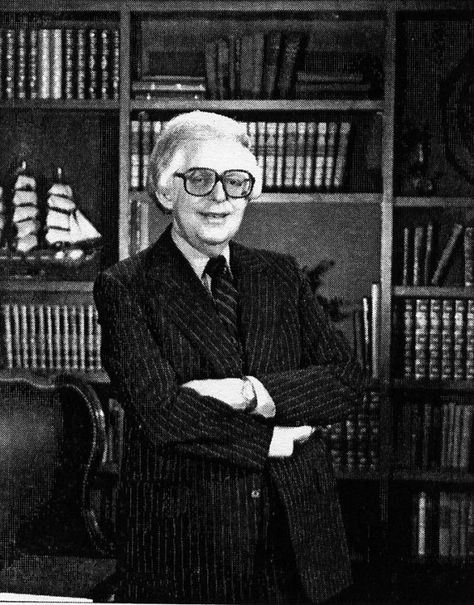 The introduction of Barnett into the area halted the war and in November of 1974, he bought out Ann and Georgia Championship Wrestling was the only show in town.  It now held a two-hour slot every Saturday on Turner’s channel.  In the aftermath, wrestling in Georgia went from strength to strength and they began selling out houses in the newly established The Omni Coliseum in downtown Atlanta.

Jones still remained the head of promotions as Barnett ran the day-to-day operations and in December 1976, WTCG started broadcasting nationwide via satellite giving the promotion national exposure.  Jones owned the Atlanta Sports Arena, along with other properties and was one of the richest NWA members.  He retired in 1984 after 40 years in the game, passing away in 1988 at the age of 86 years old. His rival, Ann Gunkel sadly died in 1987 due to cancer.